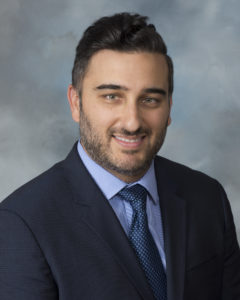 Dr. Mustafa Rawaf is an Associate Medical Director for Altea Research. He received his Bachelors of Science Degree in Psychobiology at the University of California Los Angeles. He then received a Master’s Degree in Medical Science from Boston University, where his thesis on racial disparities in the treatment of hypertension was published in the Journal of the National Medical Association. He went on to earn his Medical Degree at Western University College of Osteopathic Medicine in Pomona, CA. Dr. Rawaf relocated to Las Vegas in 2010 to complete his residency training in psychiatry at the University Of Nevada School Of Medicine. He served as Chief Resident during his final year of residency. Upon completing his residency program in 2014, Dr. Rawaf joined Focus Mental Health Solutions. Dr. Rawaf is actively seeing patients in the inpatient, emergency room, and outpatient settings. He has been a Sub-Investigator conducting clinical trials at Altea Research since 2013, where he now serves as Associate Medical Director. Fluent in Spanish and Arabic, Dr. Rawaf is passionate about working in under-served communities. His areas of special interest include bipolar disorder, schizophrenia, anxiety disorders, and consult liaison psychiatry.